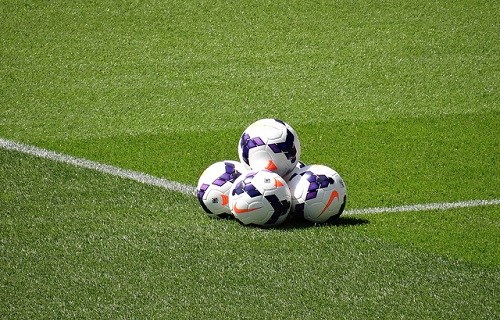 Football has become an all year around sport. It is rather an exception then a rule if there is no game on TV to watch. Top professional players have to perform for at least 50-60 matches each season and sometimes when there is a big tournament, like the World Cup, they play even more.

The top clubs start with a preseason followed by a long season in duration with many games. A normal procedure for these teams should be to build their fitness while maintaining their freshness, which they hopefully gained in the short off-season. Within the season teams now try to increase their fitness while maintaining freshness. In some situations it is only possible to do recovery sessions because of the very congested match schedule. In the middle of the season some countries allow their teams to have a two or three week break. This break can be used to either train normally, to regain freshness or to extremely overload your players, because coaches think that players need this extra work. Maintaining fitness and regaining freshness is the best option for coaches in this situation. Players that have trained and played for over 5-6 months already, do not need more of the same.

Imagine you are the head coach of a 6th or 7th tier team in your country. You watch a lot of football on T.V, you pick up some nice exercises on Youtube and read a lot about how Mourinho, Conte and Pep train their teams. Sometimes you actually think of being one of them by trying to replicate their work and in your dreams you actually are them. You play with a back 3, build-up from the back or sit back hoping to counter attack. In your dream you also see that your playing style isn´t working as well. You conclude that this is because of the fact that your players aren´t fit enough. At a certain moment in the tight schedule you see an opportunity to plan a preseason within the season that you are participating in. You were knocked out of the cup and while other teams have progressed, you have a free weekend. You plan double sessions with a lot of long distance running, hill sprints, gym work and some football for the Friday, Saturday and Sunday. You feel really good about how you have planned everything to the detail. You see your team playing better and even pressing higher up the pitch, then suddenly you wake up, because your alarm clock sounds.

Players at a much lower level then your favorite team, cannot and should not be put through their paces or ‘smashed’ in training. In this circumstance you will most definitely not get fitter. If you are used to training two to three times a week and suddenly you increase that number by 100% or more, you are asking for trouble. You should not forget that most professional players only have to think about football or which car to buy next, because the rest of their personal life is taken care of. Amateurs on the other hand have several external factors to think about, that can influence their performance.
Training often at a lower level can have similarities to the professional game with sessions on a frequent basis. If you are overloading players in these sessions, success maybe hard to come by. The reason some coaches may not get any success is that they think that if it works for Guardiola´s team it must also work for them.

What can we learn from this? Use your time efficiently. If you only have two sessions a week with the team then train football. The more time used at training communication (team tactics) between the players the bigger the chance of success you will hopefully experience in the future. Finally, in regards to fitness….You don´t need fitness to play football, you develop fitness by playing football – RV.