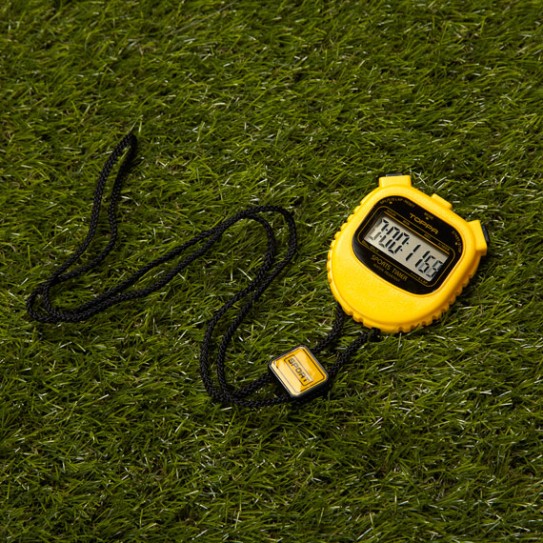 The interval principle in football rehab

Rehab protocols have been developed for different kind of injuries. As mentioned in previous blogposts there are many things to consider when planning a rehab process for a certain player with a certain injury. Rehab often starts on the treatment table followed by the gym, then the pitch and finally back to team training. In every scenario there is an overlap between these different parts of rehab. You can work on strength training while still being treated by the physio. Team training can be introduced while still training individually with the rehab coach. After a couple of weeks the player will go outside and running- and coordination exercises (tripling, skipping, etc) are implemented.

At a certain moment the player will play his first games 11v11 in training. In training X he plays for example 2 blocks of 8 minutes. When playing 11v11 he is expected to be able to execute all football actions. A player that has not been introduced to the interval principle from early on in his rehab will be out of breath much quicker then a regular player. If he has not been introduced to the interval principle early in rehab he will most certainly recover slower then his teammates between actions. And only because his body is not used to work like this. The law of specificity comes to mind. Executing a football action costs energy. A player has to recover from such an explosive action. If he has not recovered enough from his first action he will still be out of breath when executing his next action. The consequence of doing this multiple times is that the player accumulates fatigue faster which, when unnoticed, can cause a setback or worse.
Communication between the technical staff and medical staff is very important. Please visit http://www.mwalfridson.com were you can find some great posts regarding communication between staff members.

It is therefore very important that the interval principle is introduced as soon as possible in the rehab process. At first he will do so on a stationary bike. Thereafter on the treadmill and finally outside. Every single exercise must contain the interval principle. The picture below shows only AN example of an interval running exercise on the pitch. There are of course unlimited variations to think of. The example below is a safe start for a player introduced to running for the first time.

A lot of questions are still unanswered. Why only running in a straight line? Why not introducing the ball somewhere? Why are there no changes of directions involved? Why not let him run in a 45 degree angle and let him receive or pass a ball?
Yes, why not? One step at a time is the only answer here. A gradual and structural build-up is key. Every question will be answered at a certain moment within the rehab process. The interval principle is however an important aspect of a good rehab periodisation. 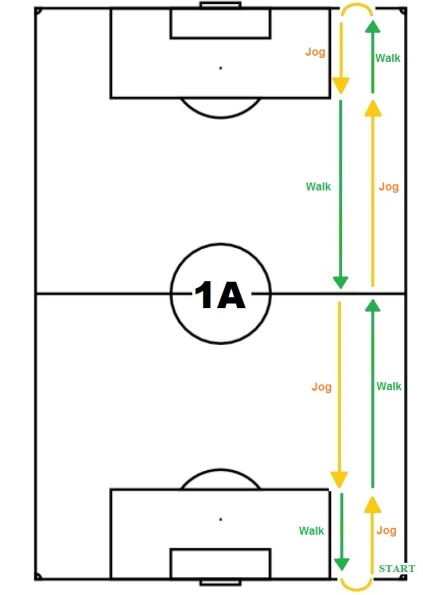