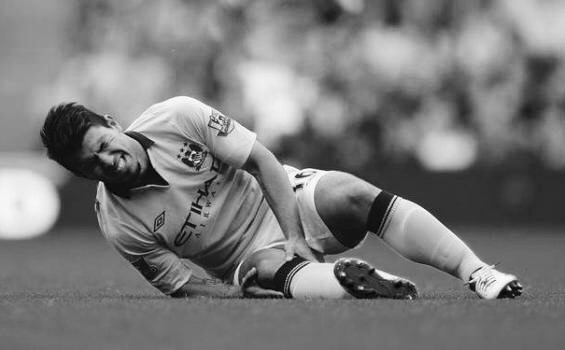 Player X is a first year U19 in Norway. A season in Norway lasts from January until October. The pre – season starts in January until April and league games are played between April and October. At his previous club he played as an elite player in the U15 and U16 age group. Here he trained 4 times a week as well as 1 game in the regular season. In those two seasons he didn’t play a lot because of recurring injuries.

At his new club he started to train with both the U19 squad and the 1st team squad. As he was used to this demand (at least the U19 coaches thought) they let him continue to do so. He trained in January and half of February from Monday to Thursday, so four days in a row. Already in the first sessions of pre – season the coaching staff of the U19’s saw that he was an explosive player. In the middle of February he got injured. The medical staff at the new club found out that he had been injured numerous times at his former club.

When a player has several injuries over a two year period one of the aspects to be looked into is his workload. As often in the case of football, players in a team are forced to do the same workload as each other. This approach to training means injuries are always just about to happen. Every injury must be approached individually. Some players need a structurally lower workload and others a temporary lower workload. As mentioned in the injury prevention Blog many more questions have to answered before you come to a decision. In this case the medical staff opted for a structurally lower workload. They did this for two reasons: 1. An explosive player. 2. Injury history. The player decided only to play for the U19’s team. This would give him a bigger chance to ensure continuity in both training and game time.

A team should have a structured plan to work from, a reference. If you work via a structured plan it will be much easier to implement individual workload within this plan. Your plan is of course only a tool. Every day you can encounter situations which force you to deviate from your plan. It is easier to deviate from a plan then from chaos. In this plan you implement periodisation principles.

Two of them are:
– After a game you need at least 48hrs to recover.
– Before the next game you must reduce the volume but keep the intensity within the sessions.

Coming back from an injury means that your body gradually becomes introduced to a higher workload. You accumulate more fatigue while playing a game after coming back from an injury, then a fully fit player. This means that you need more recovery time. Therefore periodization principles should be known by all coaches. They will help you to keep your players on the pitch.

At the new club after talking with medical staff:
– Rehab training with physiotherapist on site.
– From four to two sessions a week (same as team).
– In sessions close to games he is taken out early.
– Participation within team sessions where possible (build up from the warm up to the passing exercise, then on to possession exercises and games within sessions of the rehab phrase.
– Game minutes introduced while not yet training fully.
– Build up game minutes 45′, 70′, 90′

Every player should be individually assessed to be able to plan a optimal workload. Some players are more at risk because of injury history, former level of play, type of player and we should therefore consider a structural or temporary lower workload.
The ideal situation for the coaching staff is to have every player available at every session. This increases your chance of success in the long run. If this means that some players will train a little less, then so be it. When this player scores you a goal a game, you probably won’t mind.

As mentioned before, we can’t prevent all injuries in football, but we can go a long way by doing the simple things right. Is the aforementioned solution, THE solution? No, but for this player in question it was. Because it all depends.

N.B since his first 90 minute game at the end of March, this player has been playing every game.

One thought on “Individual Periodisation”